Some people choose to use a drawing tablet, such as the Huion H420, instead of a mouse. The main argument would be improved ergonomics. The way most people hold a regular mouse is not safe for long-term use since it creates wrist and finger discomfort. Even if you continued to use a standard computer mouse for a lengthy amount of time, you would begin to experience cramps and strains in your wrist, which are all symptoms of RSI (Repetitive Strain Injury). In contrast, graphic drawing tablets, such as the H420, require you to hold the “mouse” in the pen hand position.

The tablet’s surface is smooth enough to make you feel like you’re writing with a pen and paper, though with somewhat scratchier feedback than a graphite pencil on paper.  Because of its compact notepad-like size and low weight, the Huion drawing tablet is incredibly portable; you’ll barely feel a change if you add it to your handbag or backpack.

The pressure sensitivity of the ergonomic Huion H420 is rather impressive for such a low price. If the Huion drawing tablet’s software is properly adjusted, you should be able to seamlessly ramp up the gradient of darkness and brightness depending on how firmly or soft you pressed your pen on the tablet – provided that the software on the Huion drawing tablet is correctly set.

The ergonomic H420 tablet has three customizable keys on the side. These are useful because they allow you to swiftly conduct a command within the graphics application of your choice while you are drawing something. There are also two programmable buttons on the pen itself, which you can use to assign left and right mouse buttons or whatever else you want. Along with customizable keys, the ergonomic  H420 drawing tablet has a plethora of functions that may be customized. This contains the pressure levels for the pen’s tip and the active area of the tablet. You may also adapt the size of the active area to your display ratio.

The ergonomic Huion H420 pen tablet has a high level of responsiveness. Moving the mouse pointer around the screen is strange at first; it feels like you’re moving the cursor in a “hovering” way. An ergonomic mouse feels different in that you have greater control because the mouse doesn’t move if you don’t move it. However, if you hovered the Huion pen 1/2 a centimeter above the tablet, you’d see that the cursor recognized the little motions in your hand with no discernible latency. It’s worth noting that you won’t notice any little “hovering” motions when the pen meets the tablet’s screen, ensuring that your strokes are smooth. Again, I’d like to emphasize that new tools take some time to become used to.

The ergonomic H420 graphic sketching tablet, for example, needs you to hold the “mouse” in the pen hand position. Because the rotational angle of the hand is in a more natural position, the amount of strain on the wrist is substantially reduced. With a ‘regular’ or conventional mouse, the hand, wrist, and forearm are improperly positioned. Pronation, wrist extension, and ulnar and radial deviation are all taxed by using a typical mouse. When the palm turns inwards from a neutral starting position, this is referred to as pronation in the forearm.

The bones and connected muscles of the forearm cross each other during this action. Because of the mouse’s usual height, the wrist is bent rearward, a condition known as wrist extension. The user must additionally lift a finger to click, which adds to the tension in the entire wrist area. Ulnar deviation is the most typical posture while using a conventional mouse.

You Need To Use The Huion Tablet Drivers

You’ll need to utilize the Huion tablet drivers to set up the pen’s buttons and the express buttons on the tablet, so it’s a little more complicated. A decent setup is to make the pen’s first button the right mouse button and the pen’s second button the middle mouse wheel button, allowing you to use the pen’s second button for auto-scrolling. It’s worth noting that you’ll need to press the pen twice on the tablet to accomplish a double-click. The tablet also includes three express buttons that can be readily configured to do any hotkey combination such as Ctrl, Alt, Shift, plus any letter, number, PF key, and so on. A decent setting option for those three express buttons is to save with Ctrl+S, quit an application with Alt+F4, and return to the home screen with Ctrl+H.

The ergonomic Huion H420 tablet necessitates the installation of software. You have the option of installing the program from the CD or downloading it from their website. When you insert the CD into your computer and select the sort of operating system you have, it displays a window with a selection of drivers; you just select the tablet you have from that list. The software installation process then begins. This is, once again, nitpicking. However, because this tablet isn’t plug & play (in fact, many drawing tablets aren’t, because the custom software allows for better customization- such as assigning which button on the tablet & pen does what), people with virtually no computer skill will need someone a little more computer savvy to help them.

It Is Not Wireless

It’s no surprise that individuals choose to go wireless. So, if you don’t mind connecting an extra cable to your workstation, disregard this nitpick. You might also consider a wireless option, such as the Wacom Wireless Bamboo Touch-Pad. Maybe this is simply nitpicking, but I don’t want any additional cords on my desk. My ergonomic keyboard is wired. My mouse is wired. My webcam is wired. My desk lap is wired. My microphone is wired… I could go on and on.

I wholeheartedly recommend the ergonomic Huion H420 as a high-quality entry-level tablet. It may be ideal as a mouse substitute, but the small active area leaves much to be desired. The ergonomic Huion H420 produces incredibly smooth strokes, and the pressure settings enable seamless gradient transitions from light to dark. However, if you are looking for a larger budget, you could always pick the Wacom Intuos CTL490DW tablet over the H420 because of its larger active drawing surface.

If you’re looking for a reliable and easy-to-use tool that will never let you down, then purchasing the ergonomic Huion H420 tablet is a great idea. 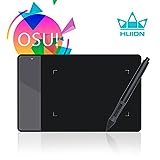 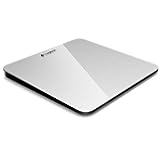 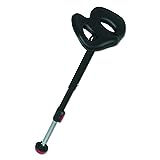 An In-Depth Review Of The Mogo Stand Leaning Seat 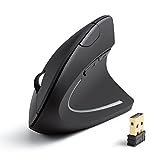